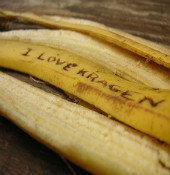 The beginnings of any relationship -such as first dates- is like sowing a seed. It has the potential to grow into a beautiful flower, but the tiniest things - weather conditions, position in the soil – could easily destroy this potential and leave you high and dry. To improve your chances of growing that relationship and creating something wonderful, consider what you’re saying on your first few dates…

Dating doesn’t have to be tricky. Unfortunately when a lot of singles finally make that leap from the dating site or app to real life, things can get a little panic-inducing. After all, you are meeting up with a virtual stranger. What will you talk about?

What is a date, really, but a job interview that lasts all night?

Plenty of topics are available to talk about. However, there are just some points which are not necessary going to be in your best interest to mention and therefore we’ve compiled a handy list. Just think of this as a guideline!

1. First Date Fail: You mention drawing faces on fruit (and all other quirky habits) 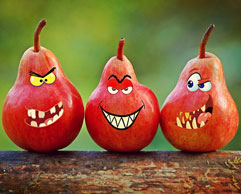 Fruit friends are fun but not a first date topic.

Eccentricities can be fun and all, but sometimes they time to get used to. While weird people can be wonderful, you don’t want to come off as too weird on your first date. This is the sort of thing your potential partner will find out in time… So it’s probably best to leave the fruit friends in the cupboard for the meantime, as well as other way-out quirky habits.

2. You can’t eat anything but celery (and all other fussy food preferences)

No one likes picky or fussy eaters. This just turns cooking into a nightmare. Unless you’re deathly allergic to certain foods, its best to just not mention what you do and don’t like. Focus rather on positive issues and you’ll get on a lot better for the first time!

3. You only get an average of three hours’ sleep a night (and all other health issues) 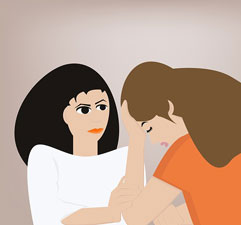 Constant complaining can be a turn-off.

While the first few dates are supposed to be a sort of ice breaker and a ‘getting-to-know-you’ situation, you shouldn’t reveal too much especially when it comes to your health. This falls back into the topic of negativity, especially if you end up moaning and complaining about your problems all the time. It is often best to let it be known slowly but, alongside that, show your potential partner how you are able to deal with the issues. You can turn this into something far more positive and actually end up showing how capable you are in general.

4. You are married to your job (and all other time-constraints)

It’s alright for singles to spend their lives working, but if you’re in a serious relationship this could be a bit of a problem. Leave out all the details on anything that could potentially stop you seeing each other. After all, if you’re seeing someone then you will make the effort to see them!

Of course, this doesn't mean you have to give up absolutely everything. In the case, it's more of a question of weighing the pros and cons. What does having a relationship bring that your other hobbies or commitments don't? What would you not really miss if you cut it out, or cut down on doing it? This is an important question you'll have to ask yourself before you start dating seriously.

5. You are a sports fanatic (and all other mad obsessions) 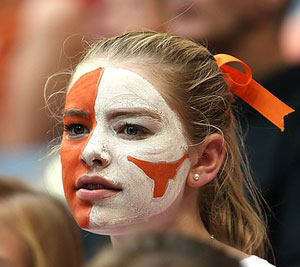 Maybe save the facepaint for the third date.

Having a hobby or a passion is not a bad thing. Being obsessed or addicted to something, to the point where you literally can talk or think about nothing else, is not a good trait. Keep quiet about the thousands of DVDs, hours spent in the gym and collections of Lord of the Rings posters. Obsessions can freak people out, so don’t talk about yours too early.

6. You have been through a divorce (and all other details on previous relationships)

Baggage is not something people want to hear about, especially during the first date! Yes, everyone has baggage and issues, it’s a part of being human. It’s just not great to unload everything to a person you have literally known for an hour. If you’re in it for the long haul, you have years to get to know one another!

7. You are very attached to your cats (and any other fuzzy friends)

Pets can be fantastic and don’t get us wrong: having animals at home is definitely plus points in a lot of people’s books. It probably isn’t a good idea, though, to go on and on about your many cats, dogs or general menagerie on the first few dates or they might never go to your pet-infested house.

8. You hang out with someone who likes to burp the alphabet (and all other eccentric friends)

In a successful relationship, your circle of friends should become your partner’s circle of friends and vice versa. Talking about the friends that are eccentric beyond comprehension therefore might not be a good idea. These are the sort of people that you may want to introduce slowly, if ever!

9. You own handcuffs (and any other sexual fetishes) 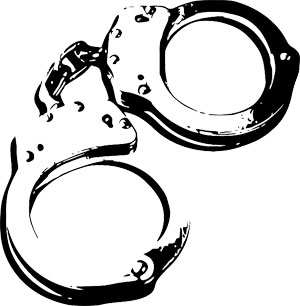 You probably shouldn't bring them on the first date either!

Unless you’re on a first date date with the sole intention of finding someone to have sex with (and both parties are into it), it is probably best to keep all sex talk (particularly any strange fetishes) off the table for the first couple of dates. This will only lower the tone and ensure your date doesn’t take you seriously.

Well, most of the time at least. Most singles like to leave the sex talk for a little later, though there is nothing wrong with a bit of discussion. Should this occur, make sure to keep it light and try not to be sleazy!

10. You talk about how communism can work (and all other extreme views)

Don’t try and impress your strong views on someone over the first few dates. This will definitely come over as aggressive and will undoubtedly scare them off. If you do have particularly strong beliefs or views on certain things, make sure to introduce the topic slowly. Give hints here and there. After all, it is still important that you and your potential partner are on the same page in a number of ways. If you do end up becoming serious, it is going to count for a lot.

Whether you’re in Oxford dating or in London dating, don’t let unwise table talk ruin your first dates and what could have been a wonderful relationship. Avoid these terrible ten and you should make it through the night.