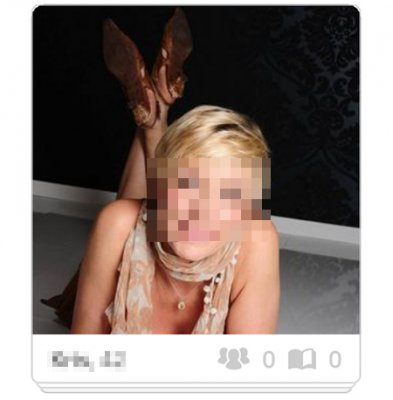 How to protect yourself from annoying dating app stalkers

Every month, the mobile dating app Tinder adds several thousand new members to the British metropolitan dating pool. Next to Zoosk, Hinge and Skout, it is one of the most famous mobile dating apps in the UK. Is it any wonder that this hype around Tinder is also leading to some dangerous situations?

In our test on the typical dangers for Tinder users, one single woman, for example, told us about a particularly forward potential match from her Tinder matches. When they had exchanged phone numbers to start chatting on WhatsApp, he greeted her with:

So, you are a country bumpkin who just moved to the big city?

Meanwhile, going around on the Internet right now are instructions titled “Tinder Stalking made easy”, which shows, step-by-step, how to discover someone on Tinder, and, in addition to the flirting, how to become an amateur detective and find out all about their life.

But is it really that easy?

To find out, our editorial team performed a Tinder stalking test and checked a total of 100 profiles of men and women for their strength of privacy.

First, the overall result: In 60 percent of the cases, no Tinder stalking was possible. Here, the pursuit ended after a Google image search. However, in some particularly bad cases, we could have been a real professional stalker.

In the following, we show you at which points the Tinder App poses a strong risk and what is just exaggerated fear mongering. We will also tell you how you can flirt safely with a few simple steps on Tinder as well as move around securely on Twitter, Facebook and other social networks. 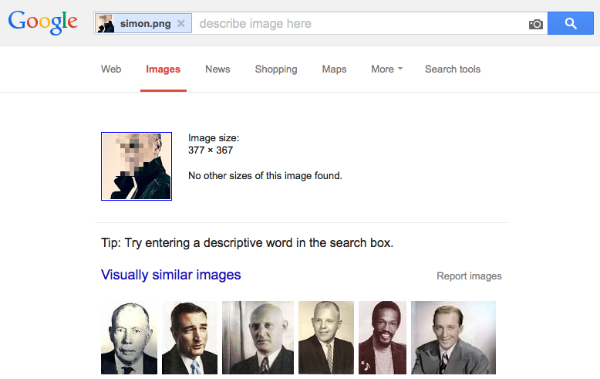 In most cases the Tinder Stalking Test goes wrong.
(Click picture to enlarge)

Google a tool for Tinder Stalking?

At its core, it is true: thanks to its image search, Google is the right tool for spying. Word has even gotten out to the online flirters that one can not only find fakers and romance scammers with Google image search, but one can also track single profiles.

Whoever uses the same image for their dating profile on Tinder, but also on Twitter, Instagram, LinkedIn and Facebook, runs the risk that this image could become a tool for gathering information for people who are curious and likes to snoop.

When is it Tinder stalking?

When someone has a Tinder pic of you plus your first name, they can find your Twitter, Instagram, SoundCloud, or any other online profile using Google image search. From there, they will be able to get your full name. Then the stalking victim will be located directly on Facebook or, in the worst case, at their job. This is a classic case of Tinder stalking.

In the most extreme test case, we were able to find a 30-year-old woman with reference to the traces she left behind over the last five years in her network, directly using her Tinder pic + first name on Twitter and a modeling profile which she had created after her studies.

Twitter gave us her full name. Her last tweet and modeling profile pointed us to her place of residence. With this information, we knew within 5 minutes that the Tinder single woman is now a successful lawyer and the law firm in which she works. If we were a real Tinder stalker, we now could anonymously terrorize her with anonymous bouquets of flowers... 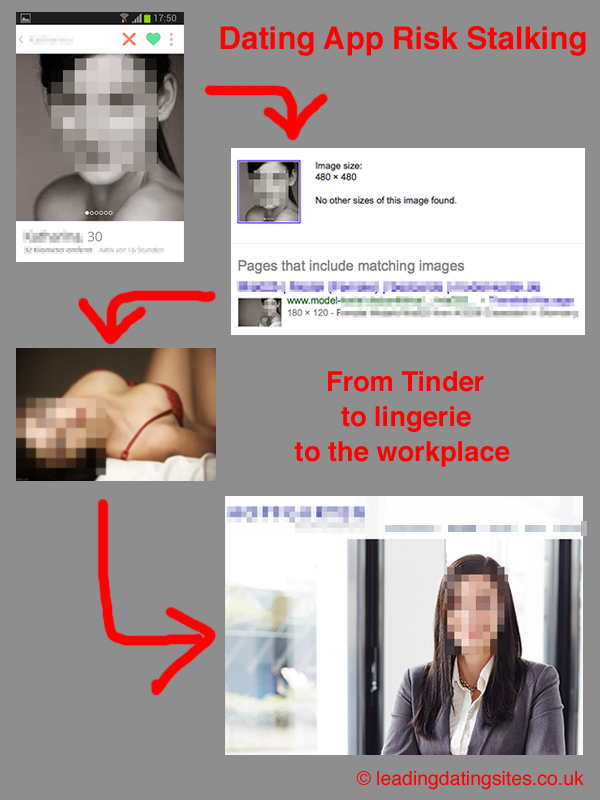 Into the Tinder Stalking Test: a Shocking Example Case
(Click picture to enlarge)

Whoever wants to use Tinder, will need Facebook, because an account on the social network is a prerequisite to log into the dating app. Most singles don’t even bat an eye, and hardly think about the possible consequences of this transfer of data.

Few among the flirt hungry are hesitant to open their Facebook profile as a source of information for Tinder. Hardly anyone first systematically checks the settings on their Facebook profile, Twitter, Instagram and Co for security vulnerabilities, before he or she downloads the Tinder app on their smartphone for the quick flirt. Whoever is looking for a spontaneous date might be thinking about safe sex, but definitely not their personal data security.

Will therefore Google become known as a universal Tinder stalking tool? Probably not: In our test, which turned out "Tinder trick" to find out "who hides behind a profile," only sometimes as "instructions for bomb making".

Who passes the Tinder stalking test?

The people who could not be stalked were either:

Are the dangers of Tinder stalking artificially blown up?

You do not necessarily have to have the Tinder app in order to consciously see how much personal data someone more or less makes available openly on the Internet. Whoever has hundreds of Facebook friends and a good portion of those are people who the may not even know personally, already opts for a certain degree of "transparency".

Our test showed two things: If someone wants to stalk someone on Tinder, he or she will have to have a corresponding passion for snooping. In our Tinder stalking test, "only" 40 out of 100 attempts were, in fact, successful: With just the Tinder pic and a first name, you could determine the person’s full name on Twitter, Instagram or any other social network and then follow the trace on Facebook.

A direct connection between Tinder and Facebook, however, could not be produced; Google Image Search didn’t spit out any profile pictures, even if they were completely public on Facebook. 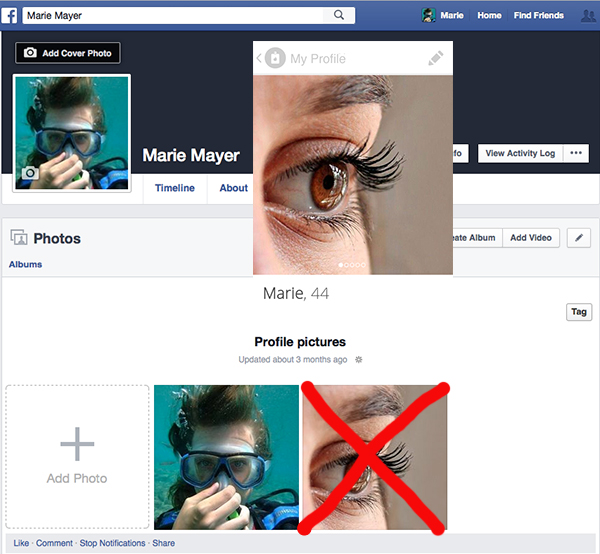 Isolated cases of unpleasant snooping like that in the beginning were possible thanks to the "Tinder-stalking Guide" which is available on several places on the Internet. The guide clearly shows how to get the relevant information about a Tinder match with just a few clicks.

If that's too much of an uncontrolled "information service" for you, then you will have to follow a few basic rules to get you personal Tinder App risk to 0.