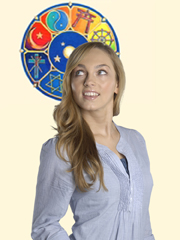 Nobody usually refuses to socialise or be friends with people of other religious backgrounds, whether they are Christian singles, Jewish singles or Muslim singles.

However, when it comes to choosing a life partner, many people prefer someone of their religion.

We have checked the Christian, Muslim and Jewish dating market and will present you with the most professional and credible dating sites of each. 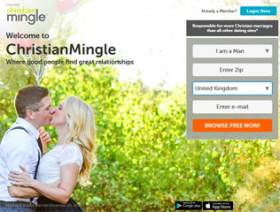 ChristianMingle is one of the largest Christian dating sites out there today with 10 million registered users on the site. And thanks to their wide range of Christian based services, it is not hard to see why.

Although you can find friends here as well, this is an ideal website for Christian men and women to find dates or even soul mates, all within the same faith.

As a subscriber to ChristianMingle, you will get access to the following features:

Another nice feature is the mobile version of their site (m.christianmingle.com) which you can access using an iPhone, iPad and/or Android phones and tablets.

You can control who you interact with and how much you share about yourself. All Christian. All Single.

For those who don’t want to waste any time, ChristianCafe.com offers two great mobile apps for iPhone and Android. You will also find that an average of 200 users members login daily.

You can try ChristianCafe.com ten days for free. No credit card is required to sign up and you can remove your profile at any time. The free trial even includes full email and instant messaging in order to get started right away. You can even specify church denomination, level of Christian faith, amount of church involvement and much more. Paying members enjoy Christian chat rooms and audio as well as video instant messaging. 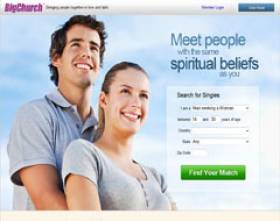 Bringing People Together in Love and Faith

BigChurch.com is much more than just a religious or Christian dating site; it is a place where people who share the Christian faith can come together and take part in an online Christian community. Thanks to being a part of FriendFinder Networks, BigChurch has access to Christians among the 500 million members the network has.

Whether you are looking for dating, a relationship, marriage, a friend, a bible study partner, pen pals or even a prayer partner, BigChurch has something for you.

Additionally, BigChurch is very interactive. You can create your own blog, get free SMS/text notifications of email and invitations on your cell phone, watch member videos and webcam videos and search for local members.

Not only all of that, if you find it difficult to create your profile, BigChurch even gives you writing ideas to help you out. BigChurch.com also helps you to the read the Bible by giving you the possibility to bookmark your favorite verses.

Another exciting feature is the BigChurch online magazine. You can read interesting articles written by other members, and the best part is that you can write one of your own! 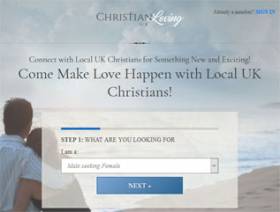 Meet Your One True Love

ChristianLoving.com is for Christians looking for love in the UK… What’s nice is that there appear to be around 11,000 members so even for a growing site the size is quite good! On the profiles you can also see what kind of Christian someone is, and how they might fit in with your life…

What’s also quite interesting is that you’re able to search for same-sex partners if you choose. While this doesn’t appear so much on a lot of other Christian dating sites (although it is quite common), it’s a nice addition that Christian Loving adds! 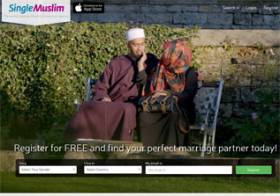 The world's leading Muslim singles, Shaadi and marriage introductions service, run by Muslims, for Muslims. Their services have brought about 10,000 marriages in 10 years. They provide a safe online interactive environment to their 1,000,000 members.

Posting a profile at SingleMuslim.com is free and subscription allows members to contact and receive messages from an unlimited number of Muslim profiles and access to the live chat facility.

With up to four success stories a day SingleMuslim.com has proven to be a real alternative to traditionally arranged Muslim marriages.

They are known for following a strict code of conduct and taking a zero tolerance approach to any misuse of the service. 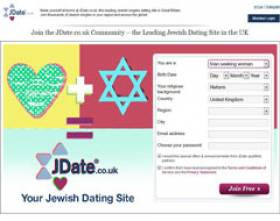 The Jewish dating site JDate has hundreds of thousands of members worldwide and is one of the few dating sites around with a nearly perfect 50:50 male-to-female ratio. You will also find numbers in the region of 450,000 members.

JDate has been since 1997 the premier online Jewish personals community.

Once your profile is up, other members can email you. However, you’ll need to be a Premium Member to write anyone you want. JDate has a fun and easy way to help find your matches: the Secret Admirer? Feature. It’s a simple way for you to meet the members you think you'd click with and who feel the same about you.

A lot of ways of interaction wait for you here: video chat, audio chat and text chat, or the real-time lively chat rooms.

If you need proof before trying JDate, you can read hundreds of success stories of couples who met and got married thanks to JDate.

Furthermore, JDate offers some of the largest and most popular Jewish events and travel adventures.

You can enjoy this Jewish dating site anonymous and safe with its secure online server. What’s nice about when you sign up is that you don’t have to choose an opposite-sex partner. Same-sex partners are also possible here. Catering to LGBT Catholics in this sense does help to set the site apart a little bit, despite how small the site is. Find Your Muslim Partner For Life, Love and Marriage.

If you’re a Muslim and you’re looking for a life partner who shares your faith, IslamicMarriage.com offers a chance to meet other singles who share the same goals. A part of the World Singles community, this Muslim dating site has over 3,000 members in the UK and many more worldwide.

You can be pretty specific in your profile. There are a number of features to help you get to know others as well: these include the likes of an online chat where you can go in and discuss various topics with people.

Information on Dating for Religious Singles in the UK

Finding a life partner takes time and can even be complicated. When it comes to the person you want to marry, you may have a number of deal-breakers. One of the biggest issues for many singles, however, is religion and to a lesser extent, culture. Dating personals sites, and often many dating apps, will allow users to state their religious belief. This can be okay for some, but others want to ensure that their future partner’s beliefs and values match their own.

As such, we have a number of online dating sites which are focused on religious singles who take their faith seriously. Some of these dating sites operate more like niche online dating agencies or matchmaking sites, whereby singles are matched either by an algorithm or by a team of matchmakers. As well as being focused on religion, some are also focused on culture and nationality. Examples include our Indian dating category which has sites that focus on covering Indian cultural traditions, as well as accommodating to the most commonly practiced religions in India. The same can also be said for our Pakistani dating section.

Dating Sites for Christian Singles in the UK

Being the most widely-practiced religion in the UK, Christian dating sites have a healthy supply of singles for people to choose from. Of course, different churches and traditions exist so this is something that you will have to consider when signing up to a Christian dating site. Many providers will also have a mobile app.

Christian dating sites can also operate a lot like online religious communities, or an "online church" in a way. It turns them into more than dating sites: they are a place where people come together in order to discuss faith.

For Muslim singles, dating goals may be a bit different. A lot of Muslim dating sites tend to focus to marriage, even within the UK. Although not listed in this category, sites like Mehndi also cater very well towards Muslim, as does the marriage agency Shaadi. These sites will often provide an option for family members to help in the search for a spouse.

Marriage is of course not the only option… There are often dating events carried out, as well as chat options. These online dating sites can also be an excellent place to make new friends or build other connections with people of your own faith.

Online Dating in the Jewish Community

While the Jewish community in the UK may not be that large, it makes Jewish dating sites all the more important for Jewish singles who want to find someone of the same faith. Depending on where one is, though, there may even be the further option of dating events. This isn’t a possibility everywhere though, and it is good to consider that on a niche dating site one is likely to find singles who are spread over much large distances.

Whatever your faith or cultural background may be, we wish all singles the best of luck in their search for a partner in 2020!

Up to the Test Winners